My interview with Jonathan Clay last week went down well with readers – perhaps because he’s not the kind of person that would normally be interviewed. As the supplier of Italian ready-made suits, he sees all sides of the industry, but rarely talks about it.

I saved my favourite part of that interview for a separate post, which I present here: The old 1-6 rating system for suits. I’d suggest it should be reintroduced to the suiting industry, to give some clarity for consumers. And then rigorously enforced.

PS: You mentioned earlier that there used to be a rating system for suits being supplied to brands. How did that work?

JC: Each suit was given a number from 1 to 6, depending on the make and level of hand work.

So a suit from the Chester Barrie factory was a number 6, but a Brioni suit, because it didn’t have a hand-drawn collar, was a high number 5. A d’Avenza suit was…

INTERVIEW: JONATHAN CLAY AND THE STORY OF ITALIAN SUIT MANUFACTURE

Jonathan Clay runs a suit-making facility in Italy, supplying high-end English and foreign retailers. His father did too – d’Avenza – and here Jonathan explains that story: how Italians learnt manufacturing from the English, and then ran with it, only to be outstripped themselves. Along the way, unfortunately, we also all decided we wanted to pay more for design than for quality.

PS: Tell me about your background – how an English person came to be involved in the Italian clothing industry

JC: I was born in Crewe, where Chester Barrie (the tailoring factory) was founded. It had been set up Simon Ackerman, and run then by his son, Myron Ackerman. Simon had set up a big facility in New York and wanted to do the same in the UK, offering a ready-made garment that competed with Savile Row.

In the 1950s, they decided to buy a manufacturing plant in Italy, which later became d’Avenza. My father started coming over to Italy to run that in 1961.

There was a good synergy between the two factories back then, the Italian and the English. D’Avenza would send workers (who were all from the south of Italy) to Crewe to learn how to make suits in sections – because they were used to making one jacket or one pair of trousers per tailor.

D’Avenza wanted to learn how to manufacture at scale, and sectional making was core to that, because it’s so much more efficient. 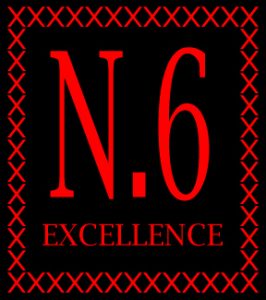